No golfer in the world can deny that there were some periods of their career on the course that often left them so frustrated that they were almost in tears. Golf is a great way of spending a day out in the sun, but due to the nature of the game, it can also be extremely frustrating, especially for beginners that are trying to get a handle on the game.

Fortunately, these periods of frustration don’t tend to last too long, and players will quickly fall back into the swing of things. Getting past the frustration is the tricky part, but it can be sped up by making use of the following tips and tricks.

Practise As Often As Possible

Practise is the key to lessening the frustration of the game, and there’s no better way of practising than by being out there on the course. It might seem counter-intuitive to be playing the game when it’s causing a lot of frustration, but this frustration almost always come from a certain lack of skill, which means that developing and building that skill is key to making the game easier over a short period of time.

It can also be helpful as a distraction, where the golfer just works on a particular skill rather than focusing on the game as a whole. It can also be useful to watch tournaments and see how pros deal with specific problems. 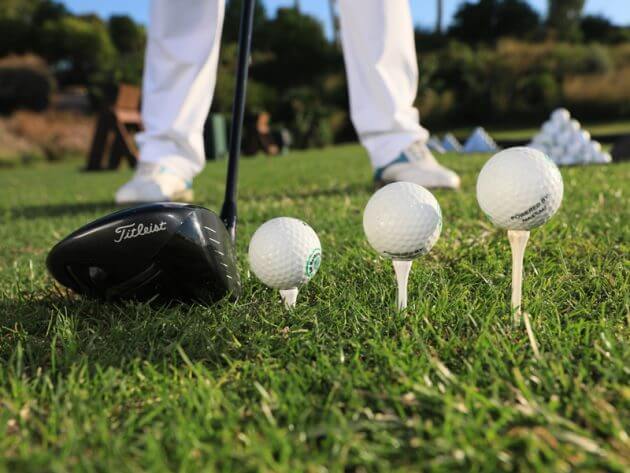 Golf trainers tend to know what they are doing, and they can be a wealth of practical information that can make the game that much better on a whole. The lessons don’t have to be long-term, but even just a handful can make all the difference to a beginner player that is struggling with something in particular. Many trainers are often retired golf pros, and their expertise on the course will be invaluable for a player that is trying to make their way through the game for the first time.

Those that have watched the game for a long time but never really played it might enter it with certain expectations that they obtained from the pros. This can quickly lead to serious frustration, especially considering that the game’s best players have spent decades harnessing their skills, and it’s something that a new player simply can’t do in a short period of time.

This is why it’s vital to set specific, realistic goals when playing for the first time, and to stick to those goals as much as possible. Simple goals are the best to set, making it easier to achieve them and get a real sense of progress. Setting goals that are unrealistic but technically possible will just make it that much more frustrating to get to them.

At the end of the day, golf is about having fun and spending a few hours doing something that the player enjoys. Taking the game too seriously is a good way of ruining the experience and sucking the joy out of the experience. If it isn’t fun, it might be worth doing something else, such as AFL betting online or just taking a break for a while.