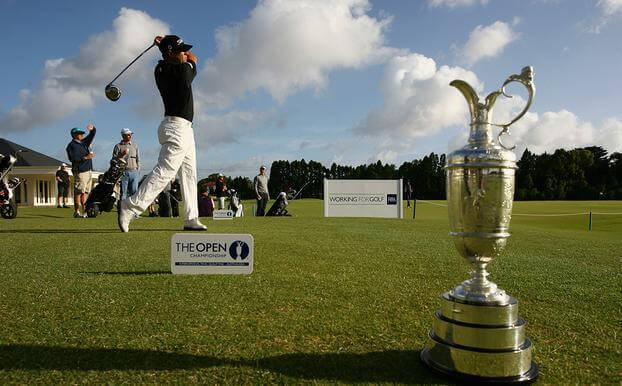 The world of golf is home to more than a handful of truly spectacular and one-of-a-kind tournaments, ranging from small and local amateur events to large international tournaments that see some of the best players of all time competing against one another.

Despite the tournament that’s being attended, a golfer will want to always adhere to the rules that have been put in place. These rules ensure that everyone experiences fair play, that the games remain safe, and that as little can go wrong as possible. With that in mind, these are some of the most common rules enforced at golf tournaments.

It’s fairly common for friends playing a few rounds to offer some advice to one another; they’re usually quite simple, offering tips on how to improve a swing, or the names of the various parts of the course.

But this kind of friendliness does not extend to a professional setting. In fact, in most competitive events, offering advice to another player can sometimes even warrant a penalty, as it’s illegal according to the rules. The penalty is usually two strokes, although this can differ depending on the event in question.

2. The Ball Falling Off The Tee

This occurrence happens so frequently that it’s surprising how many players are not sure what to do when it does take place, but it’s important to keep in mind, as it can happen at any time.

When the ball does fall off the tee, which is almost always accidental, the player is allowed to re-tee without having to suffer any kind of penalty. It’s important to keep in mind, however, that if the player has whiffed on the first shot and the ball falls from the tee, then they are forced to play the ball from where it’s lying.

3. Changing The Position Of The Shot

It’s also quite common for a golfer to hit the ball into a place where it may be obstructed by something, like the root or branch of a tree. In a casual game, they might simply break the branch and then play the shot, but this isn’t always possible.

When in a professional setting, it’s illegal to change the lie or the position of the ball once it has come to a stop, similar to how the rules can’t be changed when wagering at https://onlinebettingnz.co.nz/. This includes moving, bending, or breaking anything that’s in the fixed path of the ball, and the player will instead need to take a swing as it lies.

If a player hits their ball and accidentally loses it, perhaps in an overgrown area, they have a limited time in which to locate the ball and get it back into play. In general, the allotted is around 5 minutes. It should be noted that this time is not started once the ball has been hit, but rather when the golfer begins looking for it. If they are not able to find the ball within those 5 minutes, then the ball is considered lost and can no longer be played.