We tend to mostly see adults playing golf, but that doesn’t mean that people of all ages can’t participate. In fact, golf is arguably one of the better sports for kids to give a try, partly because there’s less pressure than a team-based game, but also because it’s much safer than something like rugby.

Starting out with the game for the first time, a younger kid might become frustrated, especially if they are battling to pick up certain skills while playing. Find out how to make the game more appealing to children that might want to play, as well as how to make golf easier for them.

One of the problems that many kids face right off the bat is not having the correct equipment to play with. They might be given a club, for example, that’s too long and too heavy, making it that much more difficult for them to make any decent shots.

A heavier club might mean that they are swinging at the bottom of the ball rather than connecting dead centre, throwing off their shots by a wide margin. A similar thing can happen when they are trying to play with a club that’s too long. Taking the time and finding appropriately sized equipment for them can make a world of difference in how quickly they are able to pick up the game.

It doesn’t help a child how to learn when their elder talks down on them. It’s important for the parent or instructor to try and meet the child on their level, while also making them feel free to ask questions about what they are doing.

Negative reinforcement, such as shouting at them when they make a mistake, will only make them resent the game and wish to no longer play it. Children are incredibly quick to pick up new skills, but only when they are in an environment where they feel safe to make mistakes and learn from them. It can also help to simplify some of the more technical terms in the game to help the child develop a better grasp of what they mean and how to properly navigate the terms while playing. 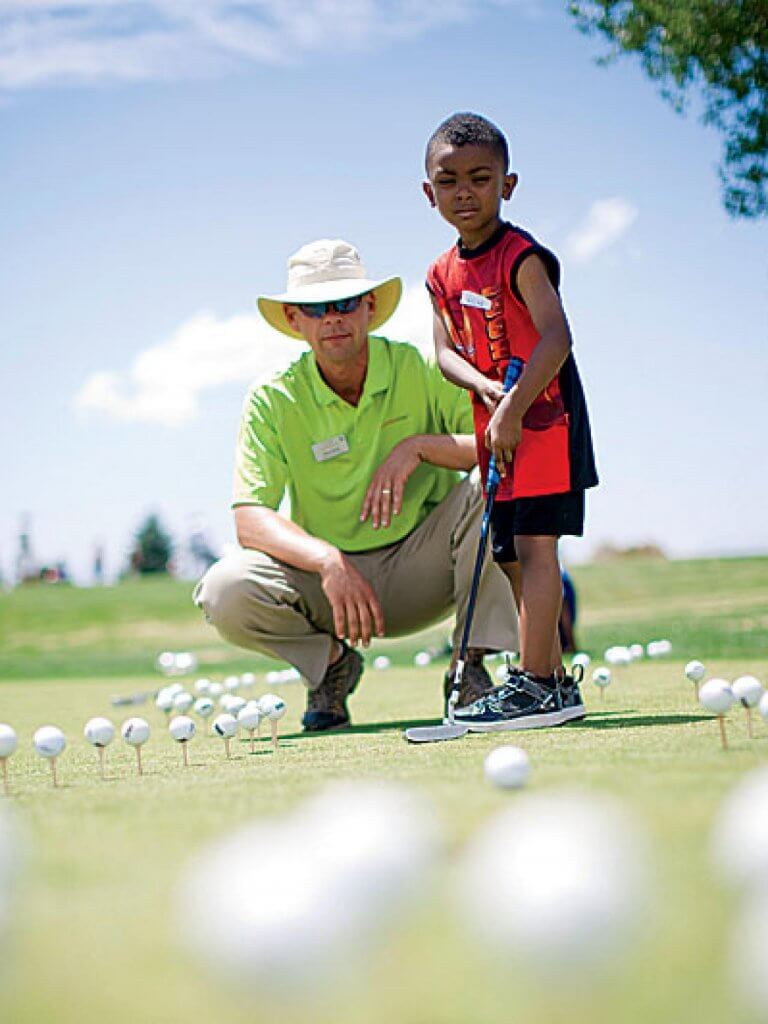 3. Listen To Their Feedback

It can make all the difference to stop and listen to the feedback of the kid throughout their time playing. Maybe they’re really enjoying themselves and want to voice it, or maybe they’ve become frustrated and want to take a break. It’s easy enough to dismiss what they say much of the time, but it adds barrier so to their learning ability when what they say is not taken seriously enough.

There’s nothing easier than standing aside and explaining what’s right and what’s wrong, but actually engaging on a physical level can often help the child learn faster and with greater understanding. This means diving in alongside and playing with them; showing how certain elements of the game work as well as some useful tricks to keep them interested. And when you’re done you can relax and play at https://mobilecasino.ph, knowing that you did your best for them.